Here, in no particular order, are some interesting factoids about plastic. I’d love to hear any that you know.

Bakelite was invented to replace shellac, then in high demand as an electrical insulator. But supplies were running short as it took 15,000 beetles six months to excrete enough resin to make a pound of shellac.

Leo Baekeland, the inventor of Bakelite,  detested the use of the word “plastic” to describe the new family of synthetic materials.  “The name has no meaning,” he complained. He preferred the term “resinoid.”

The first use of the word “plastic” to connote artificial, superficial or insincere was in 1963, nearly a century after the invention of the first plastic materials.

The U.S. produces enough polyethylene each year to duplicate the combined mass of every American man, woman and child. 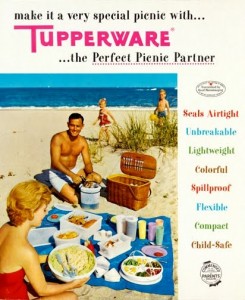 One of the first uses for Teflon was for the Manhattan Project, where scientists needed a material that could withstand intensely corrosive gasses.

Silly Putty was invented in response to the military’s desperate search for a synthetic rubber during World War Two.

The Russian military has been investing in inflatable plastic decoys that offer the illusion of a range of armaments from tanks to complete radio stations to MiG-31 fighter jets.

If you stacked all the credit cards in use in the U.S, you’d get a pile reaching 70 miles into space, nearly the equivalent of 13 Mount Everests. 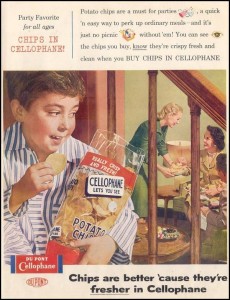 In the 1940s, people told pollsters they considered “cellophane” the third most beautiful word in the English language after “mother” and “memory.”

It took DuPont 12 years to come up with a name for the amazing fiber eventually dubbed “nylon.” One executive’s favorite was “Duparooh”,  an acronym for “DuPont pulled a rabbit out of a hat.”

The first plastic bags were sold with instructions on how they could be washed for reuse.

The first artificial Christmas tree was introduced in 1957: it came with numbered parts, a brown polystyrene trunk and green polyethylene branches. Still people complained it lacked “the smell of a real tree.”

The plastic polyvinyl acetate is a common ingredient in chewing gum.

Each cigarette filters contains 10,000 fibers of the plastic cellulose acetate.